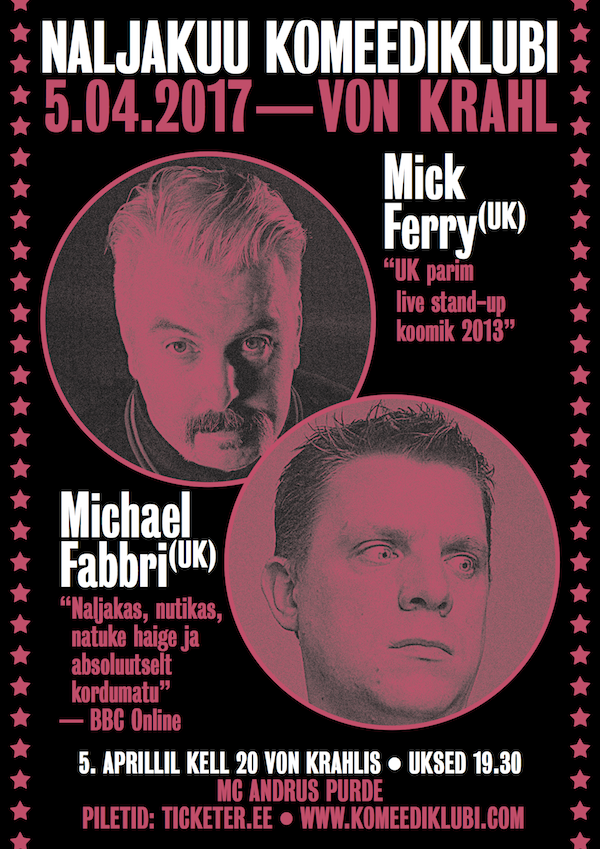 Mick Ferry began his assault on the stand-up circuit in 1998 and quickly made it to the finals of Channel 4’s esteemed ‘So You Think You’re Funny’ competition. He is renowned as a fine purveyor of lugubrious (surely, you didn’t have to look up this word) surrealism and has quickly established himself as one of the most sought after comics on the British and international comedy circuit. Mick Ferry performs regularly at The Comedy Store in London and Manchester as well as headlining at comedy venues nationwide. He is also a regular member of the prestigious topical Cutting Edge Team at the Comedy Store.

“PERFORMS WITH STYLE AND CONVICTION…HIGHLY ENJOYABLE”

With a dark and honest approach to some of life’s more touchy subjects, Michael Fabbri manages to effortlessly slip between some harsh, controversial topics to light-hearted silliness to produce a refreshingly eclectic and brilliantly funny act. While Michael done a good amount of TV and radio work, we know him as a brilliant club comic that has entertained live audiences since 2003 on stages around the world (reaching places as exotic as Singapore and Tallinn).

“He is an amiable and engaging storyteller and his tales from various points in his life are liberally peppered with excellent punchlines.” The List ★★★★

MC our very own Andrus Purde

Presale tickets are available via Ticketer at 17€, 13€ for students. On the door tickets are 19€.