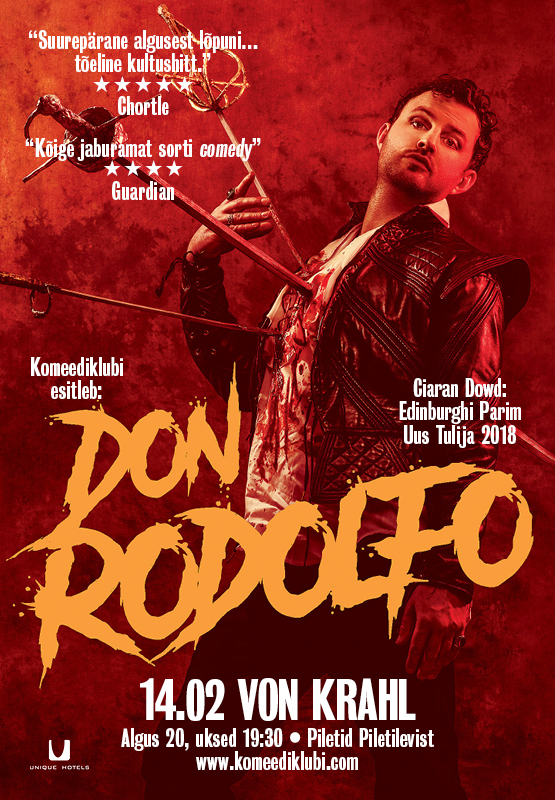 Don Rodolfo is a shameless libertine, a narcissist and the greatest swordsman the world has ever seen. He’s also a bit of an idiot.

Part Don Juan, part Don Quixote. Sit back and let Don Rodolfo tell you a tale or two of his adventures, his romantic conquests and other ridiculous happenings.

Ciarán Dowd is a character comedian and member of the critically acclaimed sketch group BEASTS. This show won him the “Best Newcomer” title at Edinburgh Comedy Awards 2018.

WINNER: Edinburgh Comedy Awards 2018 – Best Newcomer
‘COMEDY OF THE MOST RIDICULOUS VARIETY.’ ★★★★ Guardian
‘A riot from beginning to end… a cult hit.’ ★★★★★ Chortle