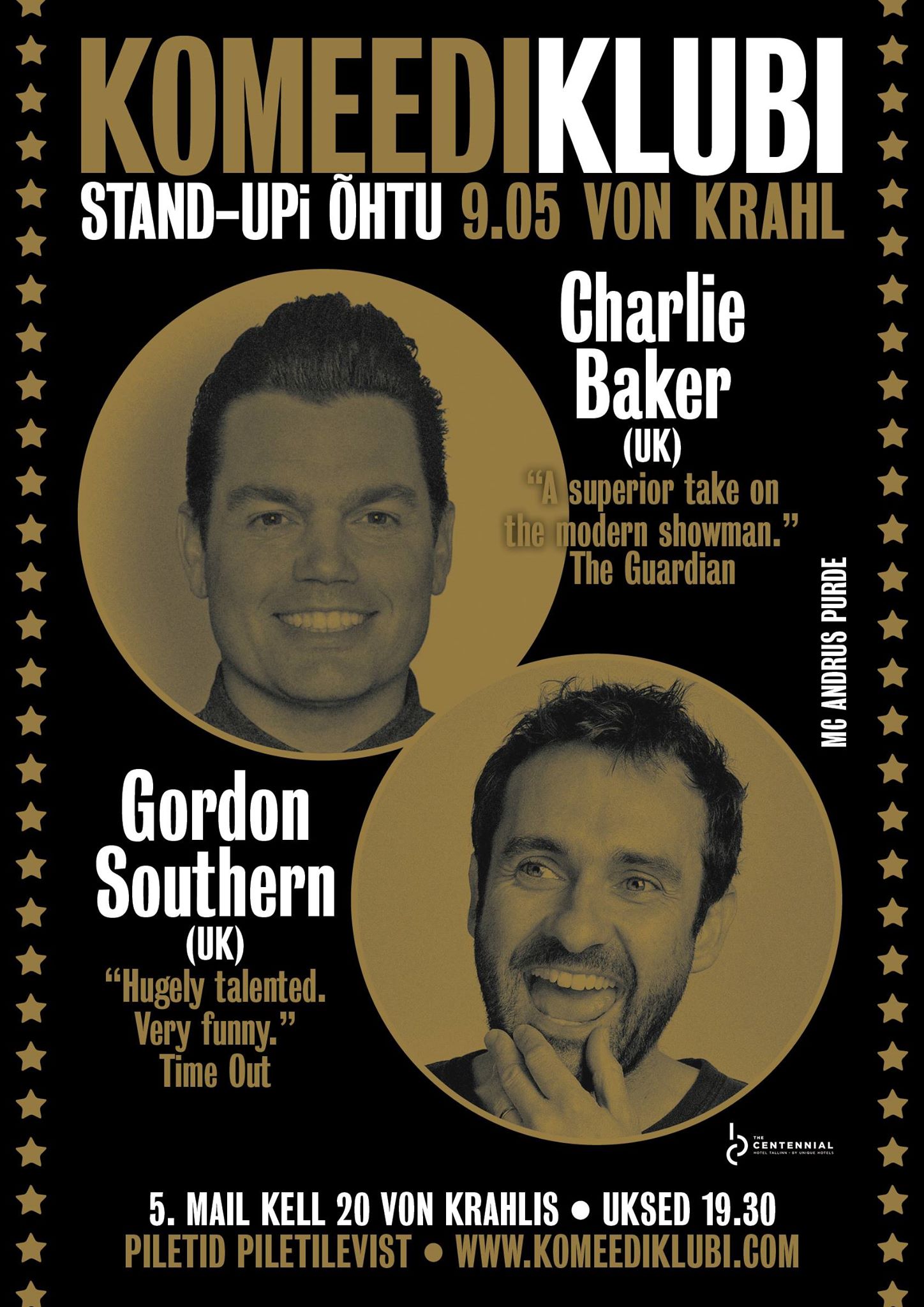 Charlie Baker is a one man entertainment machine. He won the Mervyn Stutter Spirit of the Fringe Award in 2009 for his debut solo show and is an in-demand comedian and compere, an actor and a highly acclaimed jazz singer. If Jack Black and Frank Sinatra had a son, it would be Charlie. He is unique on the circuit and is rising fast.

Baker’s live comedy work has earned him awards and acclaim from critics. He is a popular face on TV panels' shows having appeared as team captain on A Short History of Everything Else (Channel 4), two series of Never Mind the Buzzcocks (BBC2), Edinburgh Comedy Fest Live 2012 & 2013 (BBC3) and The Comedy Store (Comedy Central).

'Baker's combination of stand-up and song makes up a superior modern take on the traditional showman.' - The Guardian.

Gordon Southern, the international word clown, has been a professional comic for over 20 years and has performed all over the planet. His shows are always whip smart, informative and proper laugh-out-loud funny. As seen on ABC TV.

He is one of the busiest comics in the UK playing everywhere worth playing. He is a regular at the world famous London Comedy Store, a resident MC at Edinburgh's notorious Late N Live and a fixture on the global festival circuit.

A talented actor and award winning writer with critical acclaim for numerous projects, Southern has written for some of the most memorable comedy shows of the last decade.