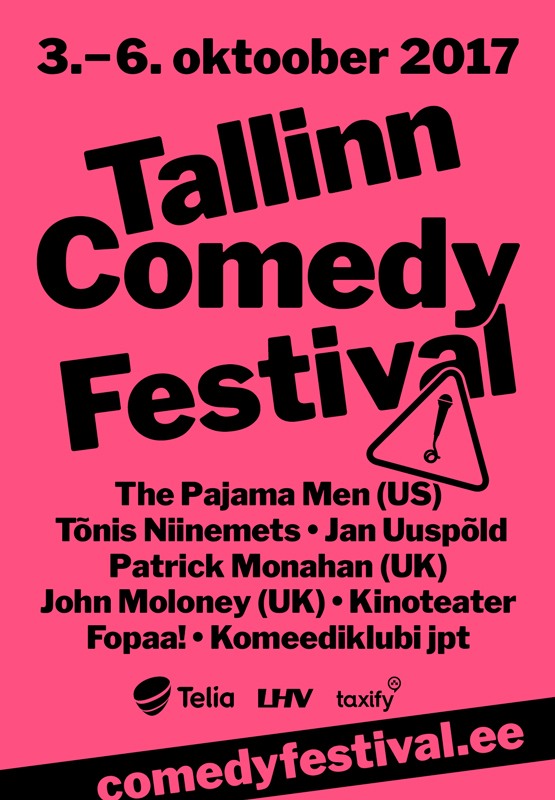 Tallinn Comedy Festival brings together famous entertainers with up-and-coming acts for the fourth time already. During the three days from Oct 3th ot 6th you can enjoy more than 20 entertainers from Estonia and around the world. These are the three most laugher-filled days in Estonia.

The programme is designed like a smorgasbord: everyone will find something for their taste, and there is a risk of getting a stomachache (from laughter, not from the shrimp terrine).

We invite you to enjoy the big festival gala where ten acts have limited time to perform their best material. You’ll also find festival specials of Komeediklubi English-language comedy night and Fopaa! Estonian-language one, and solo shows both in English and Estonian. We’ll also be piloting a brand new comedy format our should we say a comedy location.

Festival is co-organized by comedy promoters Kinoteaterand Komeediklubi in association with other Estonian comedy enthusiasts.